Nashville, TENN. – Following the news of their first arena tour in two years, four-time GRAMMY Award-winning, platinum-selling duo and Curb | Word Entertainment recording artist for KING & COUNTRY have announced for KING & COUNTRY | A Drummer Boy Christmas Tour. Joel and Luke Smallbone will be bringing their annual Christmas spectacle to arenas over 14 dates, performing their Top 10 album A Drummer Boy Christmas live in concert for the first time, as well as selections from their industry record SIX consecutive No. 1 hits. Fans will have the chance to see for KING & COUNTRY perform their No. 1 charting, world-renowned version of the Christmas classic “Little Drummer Boy.” To get a taste of what to expect, check out the duo’s sparkling performance of “Little Drummer Boy” on ABC’s CMA Country Christmas HERE.  for KING & COUNTRY are honored to partner again with Salvation Army during the upcoming tour to help families in need during the holiday season.

Joel and Luke will stop in Des Moines, IA on December 9, 2021, at Wells Fargo Arena before wrapping up with an extraordinary worldwide livestream concert event at the Grand Ole Opry House in Nashville, Tennessee. Ticket pre-sale for for KING & COUNTRY | A Drummer Boy Christmas Tour begins on Tuesday, July 27th at 10am LOCAL TIME. To access the pre-sale, enter the code DRUMMER at the link HERE. Tickets will go on sale to the general public on Friday, July 30th 10am LOCAL TIME. For more information, click HERE.

Joel and Luke Smallbone share in a statement: "It’s the most wonderful time of the year.... and one of our favorite shows to perform! We’re thrilled to be bringing A Drummer Boy Christmas to you, in person and indoors for the very first time. We'll be bringing the lights, the stage, and all the holiday cheer. And in the spirit of giving, we'll be partnering with our friends at the Salvation Army to collect toys for children at throughout the tour. Looking forward to ringing in this Christmas season with you!"

for KING & COUNTRY has broken their own industry record with their sixth consecutive No. 1 single, the multi-chart smash hit “Amen.” The chart-topping duo now have FIVE No. 1 hits from their GRAMMY-winning, RIAA Gold-certified album Burn The Ships, and nine No. 1 hits overall. “Amen” is currently climbing the mainstream charts, reaching No. 17 and 15 on Billboard and Mediabase’s AC charts, respectively. Billboard recently wrote about the duo’s unparalleled success in a Chart Beat piece at the link provided HERE. The guys are currently in the studio, working hard to complete their next studio album out early next year.

About for KING & COUNTRY

for KING & COUNTRY, brothers Joel and Luke Smallbone, have won four GRAMMY® Awards, seven GMA Dove Awards, a Billboard Music Award and 13 K-LOVE Fan Awards.  Their nine No. 1 songs, including a Billboard Christian Airplay Chart record of six consecutive, have produced more than one billion on-demand streams. The duo’s most recent GRAMMY®-winning, Gold-certified album Burn The Ships, debuted in the Top 10 on Billboard’s Top 200 Album Chart and produced five No. 1 hits, including the 11-week platinum smash “God Only Knows” and “Amen,” the duo’s most recent No. 1, which has moved into the Top 20 on both Billboard and Mediabase’s AC charts. The RIAA Platinum-selling act’s annual holiday spectacle has become a nationally revered, must-see concert event spotlighted by the duo’s critically acclaimed rendition of “Little Drummer Boy.” The duo’s Christmas album A Drummer Boy Christmas entered at top 10 on the Billboard charts, with single “O Come, O Come, Emmanuel” reaching No. 1. The global hitmakers have collaborated with artists like Dolly Parton, NEEDTOBREATHE, and Timbaland, amongst others. Additionally, the brothers are committed to numerous philanthropic efforts focused on human trafficking, children in need, as well as programs in support of the arts. Catch for KING & COUNTRY’s high-energy performances later this year on A Drummer Boy Christmas Tour.

For more information on for KING & COUNTRY, go to: 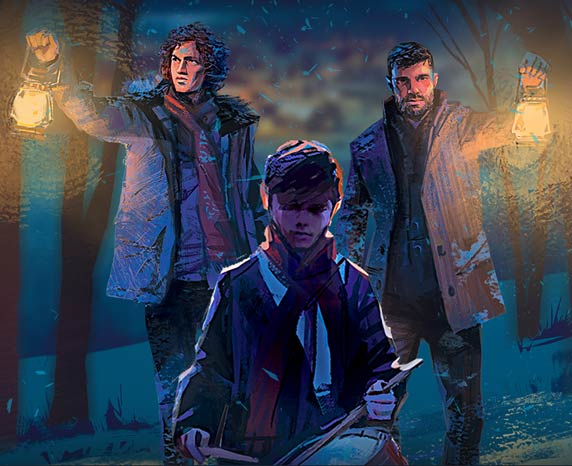